Joined 3 mo ago
·
25 Posts
Im making this thread as a way to track what Ive done and to learn from others on the best way to get it done. First a little backstory on myself.

My name is Nick Hicks and I am 33 and have been working on all kinds of cars since I was 21, so not that long. I was fortunate enough to work with a guy who became a good friend of mine whose dad was a mechanic. I worked on cars through college as a way to have fun, not waste my time, and make a little money. Graduated in 2011 with an Electrical Engineering degree and married in 2012 and now have three young kids (5,3,1).

A GTO has always been on the wish list. About a month ago I got a message from a fellow classic car friend and it was a craigslist ad for a 1967 GTO convertible. It was listed as a running and driving car that needed new floor and a new interior. It was also listed with no price. I figured I’ll call and see what he’s asking just to see where the market is at. I called and as I imagined it was a lot. Then I figured Id go see it to see for myself a convertible GTO so I can put a condition with a price and use that experience later when I could buy one.

I happened to preplan before I went to look at it and even asked the wife if she wanted to buy it with me. I expected her to say no but to my surprise she said yes. So off I went after work to look at it, no real intention of buying it. An older guy was selling it and he is a big car collector but preferred to work on hot rods. He likes the engineering behind hod rods and the welding and modifying those projects typically have. The GTO he bought from a friend but is what he called an easy project for him. He had some friends of his who looked at it and told him they would think on it and let him know. The more I looked at it the more I thought it was in better shape then I thought. On top of that he had most of the sheet metal needed to fix it and lots of other parts needed for the project. Carpet kit, new grills, lights, trim, bumpers, etc. I left my deposit that day and picked it up a few days later.

Shocked to have a GTO.

Although you are quite a bit younger than me, your story is similar to mine. I am in IT as a career, but have always been a shade tree mechanic, making a little side money in high school and college. Before my current project (67 hardtop), I really hadn’t done any serious restoration and only a little welding here and there. I had played with some body work on some things that really didn’t matter. Nothing I really valued.

On this project, I did significant rust repair, replacing 12 pieces including both rear quarters. There was some learning as I went, but it turned out to my liking. I recognized my limitations and left the body work and paint to the pros.

Decide how far you want to take your car and dive in. You will do great. I quickly learned that this project was not about building monetary value or completing on a deadline, but just enjoying the hobby even if it takes a while to master the skills.

Joined 3 mo ago
·
25 Posts
Before I bought the car I got the PHS docs to verify everything is as it should be. Even though the VIN checked out I wanted to be more thorough here than I normally am. The PHS docs were super cool and helpful. It helped verify how original the car is and how honest the seller was. In the end honest guy. Non original motor and it has a 4speed with a hurst shifter, that I hope is original, instead of an automatic. Im ok with this. I verified the other options it came with and off to my house it went.

Then the strip down and bag and tag. I feel like I went over board with pictures but something tells me I should’ve taken more. It will need patches on both rear quarters. Driver side whole pan and the passenger side had some pin holes but not too bad but I just decided to replace it all anyway. Needs new trunk and the taillight panel is dented and a little crunched so we’ll see how it looks when I get it stripped down, I do have the panel to replace it but if it can be saved Id rather save it.

Joined 3 mo ago
·
3 Posts
Took me a few weeks but sold a 1973 Charger project to raise funds for the GTO. Also did some convertible top reading and research. My top seems to be in good shape but needs a new plastic window.

How to Install a Convertible Top

How to Install a Convertible Top | Detroit Muscle 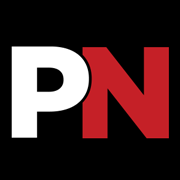 PontiacJim said:
You have some work ahead of you, but what car that old doesn't? If you can do a lot of the work yourself, you are good. If you gotta pay, you'll need deep pockets. It's all part of the fun.
Click to expand...

Lots of work. The most i’ve ever seen that needs to be done. First on the list is fix the rust spots. What do you think would be reasonable to get that done? I have all the parts, just need the labor. It isn’t something I know how to do. $5000? More???

Researcher said:
Lots of work. The most i’ve ever seen that needs to be done. First on the list is fix the rust spots. What do you think would be reasonable to get that done? I have all the parts, just need the labor. It isn’t something I know how to do. $5000? More???
Click to expand...

With todays rates, I would set an initial stash of cash between $8,000 - $10,000 to begin with. With the rot in the places shown, ie hood & cowling, that could just be the tip of the iceberg. When I see rot in those places, there is usually more. I would not fix just the rot spots, I would want to know exactly what is underneath. The rest of the cowling could be just as bad, just not busted through yet. Same goes with the fenders. I have seen where some will do a half-baked job and put a paint job on it only to have rot bust through and show up a year later and the money you spent was for nothing.

If you are just looking for a driver and don't care about getting all the rot/rust out, then the price comes down. Convertibles always suffer because they get worn out and the tops usually go and when the owner finds out how much it will cost to repair, out comes the duct tape, but it still leaks all over and rots out the floors, trunk, & quarters just like I am seeing.

Have you examined the frame to make sure it is solid? If I didn't know better it looks like the car had some time up "north" on salted winter roads which rots things in places you would not think.

Joined 3 mo ago
·
25 Posts
The frame looks pretty good overall. No obvious issues. The auto to manual conversion isnt the way I would’ve done it but that can be fixed. I am planning on blasting and re painting the frame so we’ll see what it truely looks like then.

Thanks for the response.

Joined 3 mo ago
·
25 Posts
Got the body off the frame time to start stripping it down and get parts on order. Its almost talking me as much time finding the right parts to get and from where that I spend actually taking the car apart.


Who likes the custom “hold the trunk up” I mean chassis stiffening for high horse power support?
G